Join a Support and Accountability Group Join the Dream Team

All Recipes in "Kid-Friendly" 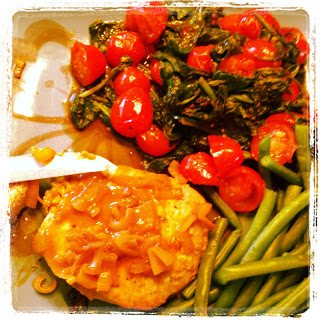 Oh how I love to cook and I absolutely love to cook clean foods!  I am always looking for new ways to spice things up.  I feel like sometimes I get into a rut cooking the same foods week after week!  So this week I decided that I was going to pull out some of the nutrition guides that have come with my fitness programs and give them a whirl.

So far my absolute favorite cookbook is the Chalean Extreme guide!  Talk about clean food and totally full of flavor!  I have tried quite a few of her meals and so far there is not one that I wouldn’t make again.

Last night I made the Country Style Pork Chops with Sauteed Spinach and it was very tasty! 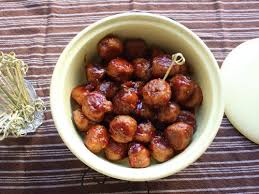 When you feel like something fun for dinner, make meatballs.  Even better you can slice them up and put them on a pita for lunch.  These meatballs are great for kids too. 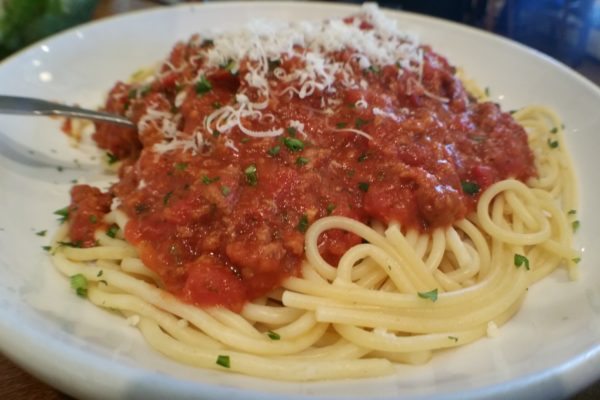 I am looking to spice up my meal plans for the upcoming week!  I am going to be spending a few days with the in laws in transition to our new house!  So I am looking for quick easy meals that I can serve to them and they will enjoy!!!  And I absolutely love my crock pot so this is a must!
So this is one that is going on the list!!!!

This recipe is just as easy but a few ingredients are changed/added to give it an Italian flair!!!  You can add some extra pasta sauce, sliced veggies, and/or quinoa pasta noodles to have a deliciously healthy spaghetti dinner ready in minutes! 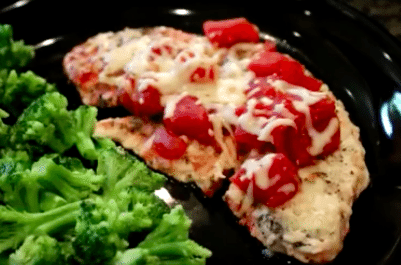 I bought Turkey Breast Cutlets at the grocery store this week and I honestly didn’t even have a recipe to go with it!  But I really wanted to try something new.  I stick to chicken, fish and turkey for the most part for my sources of protein.  The leaner the better!!!  So I figured I would just google a recipe and figure it out!

Well, I was not expecting to find a meal that my husband raved about and actually asked me to cook again for my in laws while we are staying with them next week!!!  So of course I can’t keep my secrets to myself and I want to share them with you!!!

This recipe is not only delicious but the most simple recipe to make!  So if you are new to cooking and or clean eating then this is a perfect one to try! 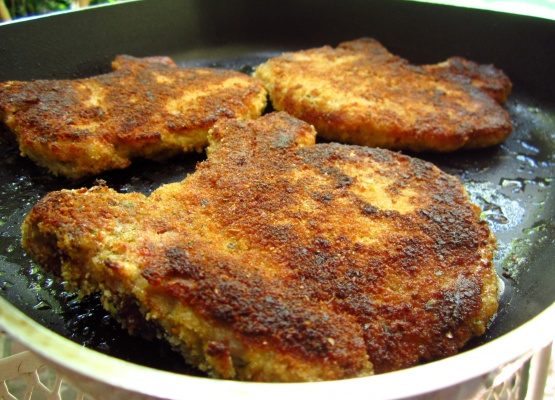 I am totally in need of some new recipes!  Since our lives have been in total chaos for the past few months I’ve been pretty much sticking the the basics and the foods I already know and love.  I’ve finally unpacked the kitchen and have cooked a few meals in the new house.  I decided to try something new tonight.  I had some pork chops in the fridge so I googled “clean eating pork chop recipe” and this one came up!  I had all the ingredients in the house so it was a GO!!!!  It was also a hit with the entire family.  We had my dad over for dinner and he even suggested I give the recipe to my mom!!!

So of course I have to share it with you too!  ENJOY!!! 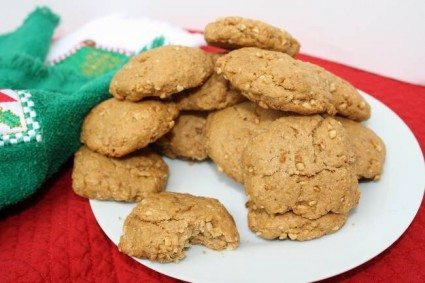 Believe it or not my healthy cookie recipe actually only has 3 tablespoons of sugar (but they still taste sweet!) The rest of the sweetness comes from all-natural dried apricots. By the way, sometimes I’ll use prunes as a sweetener but because I wanted the peanut butter cookies to look like “regular” colored peanut butter cookies I decided to use sun-colored dried apricots instead of purplish-brown prunes.

Dried apricots are a favorite “health food” among the natural food crowd because they offer a concentrated source of natural fruit sweetness that comes packaged with anti-inflammatory plant-based phytonutrients, tons of antioxidants including vitamin A and beta-carotene plus potassium and phytosterols too.

When using dried apricots as a sweetener for cookies you want to stew them first. You can stew apricots stove top or just do what I do and put the apricots in a cup of water in a microwave-safe dish and microwave on high for about 2 1/2 minutes. Then let the apricots sit in the super hot water for about 5 minutes to soften. Drain the water and the dried apricots are ready to be pureed with the wet ingredients you use in your cookie batter. 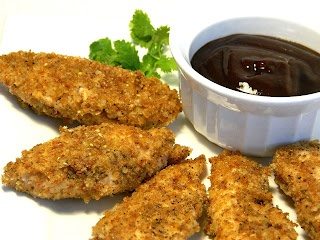 I was in search of some new clean eating groups on Facebook and came across this, “Clean  Eating Christmas” Group.  The very first recipe I read was this one.  I felt like it was speaking right to me!

Just the day before I was sitting at the table talking to my husband about how I really wanted to focus on transitioning our kids over to an even cleaner lifestyle.  So When the chicken fingers and fries recipe came up I was in heaven!!  I must say that everyone LOVED this recipe!  My kids each ate 2 full chicken tenders and my husband scarfed up the left overs for lunch the next day before I even had a chance!  So definitely put this on your list of meals to make!!! 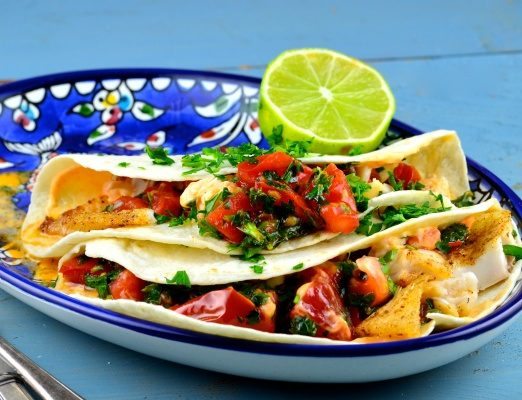 Sunday night dinners are our family nights and we always enjoy the time together.  It is like our last hooray before we kick off the week! So we were out shopping at Costco and saw this awesome tilapia and decided that fish tacos were going to be the dinner of choice!.

Here is how we cleaned up traditional fish tacos and made them clean eating! 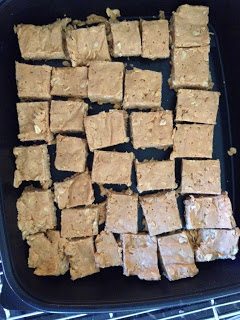 Oh my heavens is this one of my favorites!!! Who here is just about dying for something sweet. Honestly I am the biggest sweet junkie there is so this is sooo very hard for me! When Nicole shared this at our Dream team leadership retreat I just knew it was going to become a family favorite. So here I am sharing it with you now as well. This is of course a treat but it’s also a great replacement for a cookie when you just can’t resist!!!! 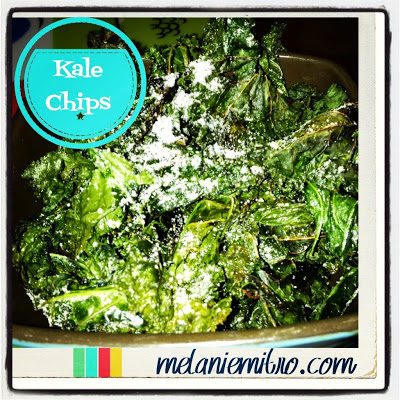 Yes it took me forever to actually jump on the Kale bandwagon.  I’m not going to lie, but I thought it was creep and weird at first.  I actually had Kale when I did the Ultimate Reset and HATED it!  But, everyone kept raving about these Kale chips and how awesome they were, so I decided what the heck!  The worst thing that could happen is that I waste a couple of bucks on a bunch of Kale!

Surprisingly, I ate the whole bunch in one sitting and I would make it again and again. Even the kids tried it and liked it!!! 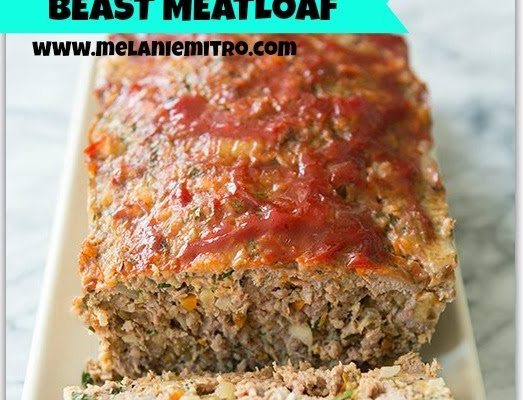 This meatloaf recipe is a family favorite and even my kids will eat it.  There is nothing like comfort food on a cold winter day!  My husband is a huge meatloaf fan and his family makes a killer meatloaf but it’s just not so good on the waistline.  So we didn’t want to give up meatloaf all together so we found this replacement! 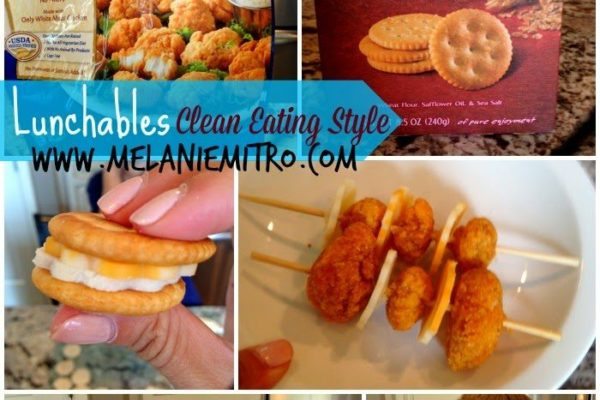 Can anyone tell me why kids love to eat the most unhealthy of foods that are on the market?  I mean lunchables and smoothie kabobbles?!?! Seriously the most disgusting of all meat (is it really actual meat anyways?!?!) is in those little packages but my kids go crazy over it.  For a while I was allowing them to have a lunchable as a special treat but I just don’t feel that it lines up with the things I am teaching them. I really want them to make healthy choices and know the difference between what is too processed and what is natural.  I also want to make sure that they are not resenting me for passing on these so called treats!  I came up with the bright idea that we are going to make our own version of lunchables that is healthier but just as tasty!

Bryce likes the little crackers, cheese and lunch meat ones and Landon loves the smoothie Kabobbles (which I have never let him try but the commercial on TV gets him every time.).

We hit up Whole Foods on Saturday and on my list was thickly sliced hormone free, nitrate free, low sodium Turkey, thickly sliced cheese and whole grain chicken nuggets that are all white meat.

Yesterday we came home and together both boys made their very first home made lunchable!  There were no complaints, just full tummies and they actually really enjoyed helping in the kitchen.